States With The Most Gambling And Sportsbook Writers 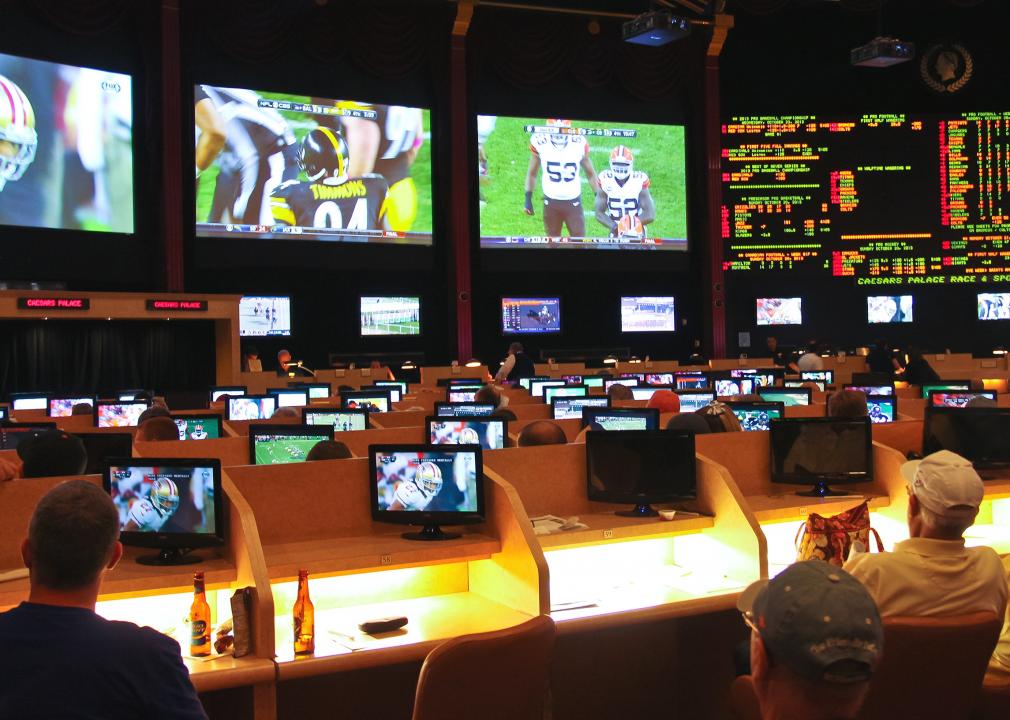 States with the most gambling and sportsbook writers and runners

Every U.S. state has been allowed to decide its own laws on sports betting since May 2018, when the Professional and Amateur Sports Protection Act, known as PASPA, was overturned by the U.S. Supreme Court. Passed by Congress in 1992, PASPA had blocked state expansion of sports betting, which the high court decided was unconstitutional.

The challenge to PASPA was led by the state of New Jersey, where former Gov. Chris Christie and lawmakers wanted to legalize sports betting at casinos and racetracks. Professional basketball, football, hockey, and baseball leagues as well as college athletics all fought back, claiming sports betting threatened the integrity of their competitions. Eventually, however, the leagues began to acknowledge that rather than PASPA putting a stop to sports betting, it had, in fact, forced it underground where the lucrative trade was dangerously unregulated. Use Bet 10 Win 200 to bet on sports.

To find the states with the most sports betting jobs, BestOdds analyzed the Bureau of Labor Statistics’ May 2020 Occupational Employment and Wage Statistics Report. The report, which contains an exhaustive list that categorizes nearly every job in the United States, was released in Spring 2021. States were ranked by the total number of gambling and sportsbook writers and runners. 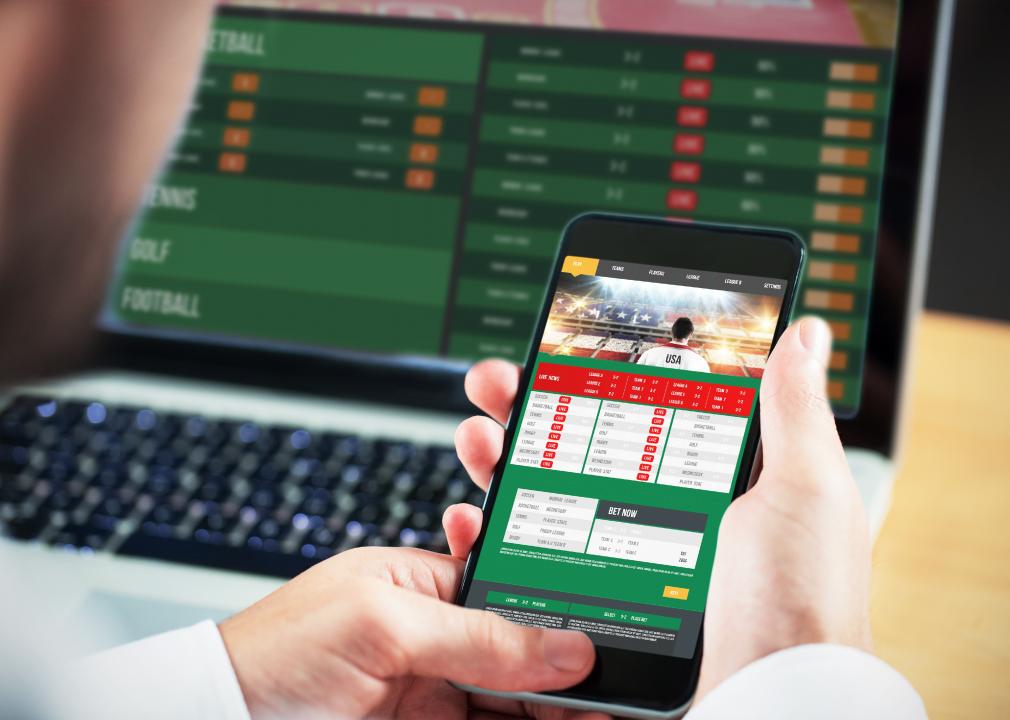 Sports betting is not legal in Alabama, although the state’s Senate in 2021 advanced a package of measures aimed at legalization that failed to reach the floor of the House for a vote. It was the closest the state has come to legalizing gambling: The proposals included establishing a state lottery and turning racetracks into casinos, with mobile and retail sports betting. Two of Alabama’s neighboring states, Mississippi and Tennessee, allow casino and mobile-only sports betting, respectively. Three tribal casinos in Alabama are run by the Poarch Band of Creek Indians.

Meanwhile, supporters of gambling legislation have their sights set on 2022. 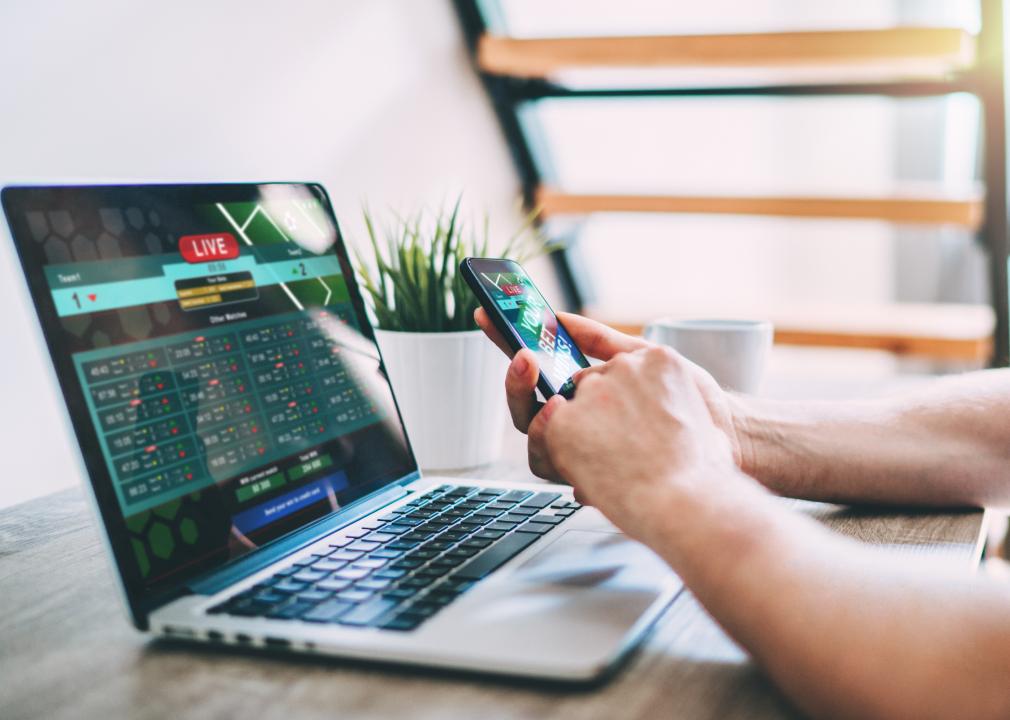 Bettors in New Jersey, a leader in sports betting in the United States, wagered $6 billion in 2020, beating out an earlier record of $5.4 billion set by Nevada. It included $4.1 billion in bets made in the last five months of 2020, and betting for the year was topped off by an all-time high of $996.3 million in wagers in December. New Jersey bettors can register for more than 20 mobile sportsbooks, and in December, more than 93% of the money was bet online. 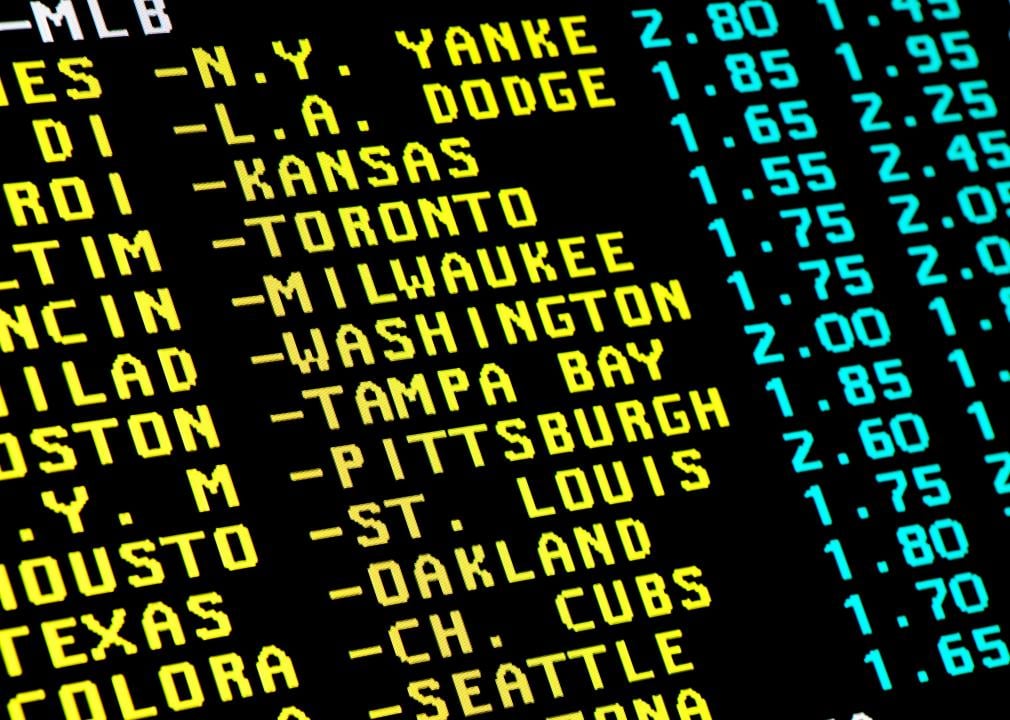 Mississippi repealed its ban on sports betting in 2017, and retail betting went into effect in August of the following year. Legal betting takes place only at the state’s 26 casinos, although there have been efforts to legalize mobile sports betting as well. In 2021, three bills that would have expanded the state’s betting to online platforms failed to make much progress with lawmakers. 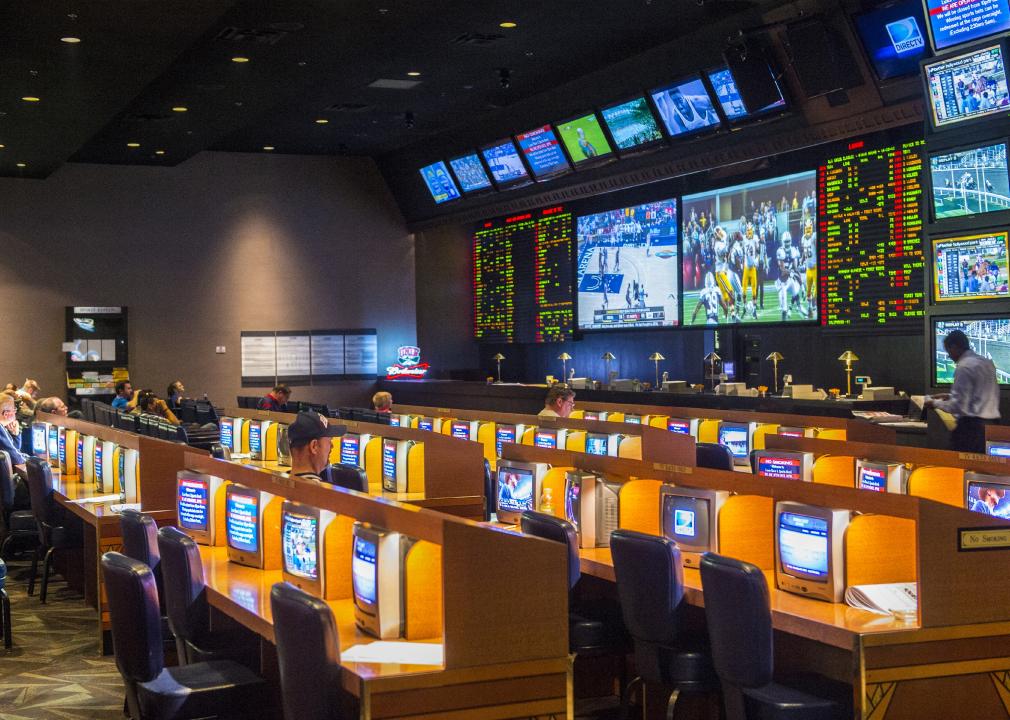 The governor and legislature of Oklahoma and two federally recognized tribes reached a deal in April 2020 on new gaming agreements that included sports betting at their casino properties. But the future of play has been put in question by a group of state lawmakers and the state’s attorney general who oppose the betting measure. Given that Oklahoma has more than 100 casinos, pressure to approve sports betting is likely to grow from the other 33 tribes that operate the gaming venues. 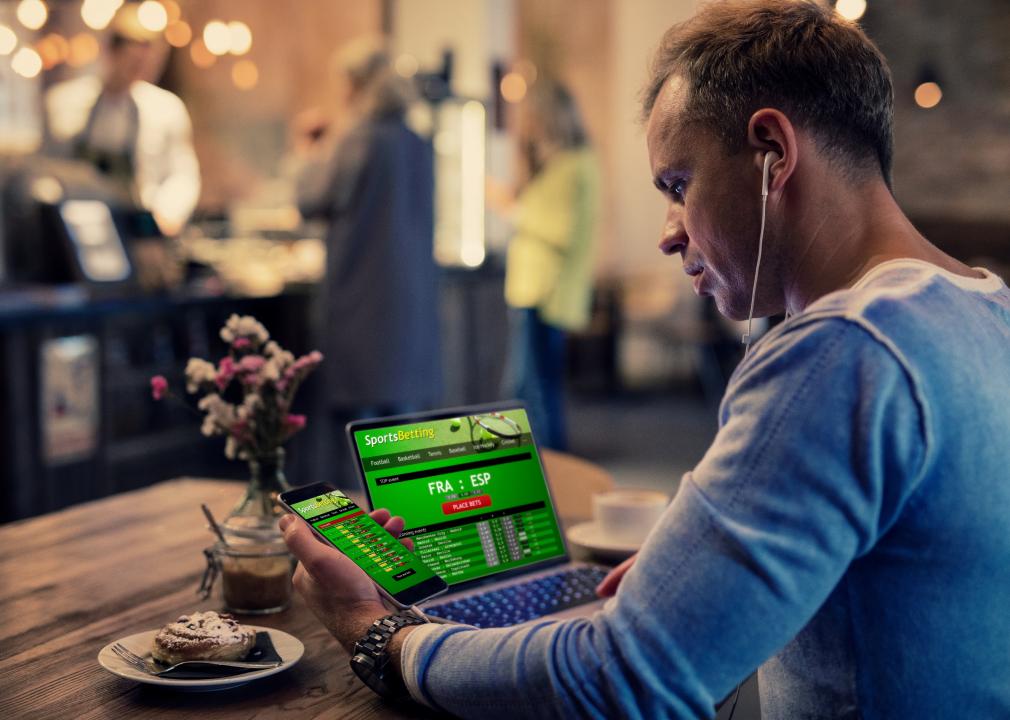 Legal in Arizona as of April 2021, sports betting with statewide mobile wagering is expected to kick off in September with the start of the NFL pro football season. The measure was approved by the state House in March and the Senate in April after Gov. Doug Ducey argued for the need for sports betting in his State of the State address in January. Legalizing sports betting entailed negotiating a new compact with the 16 tribes in Arizona, members of whom operate 24 casinos. Mobile sports betting has yet to be legalized in the state, but legislators are expected to approve it later in 2021. 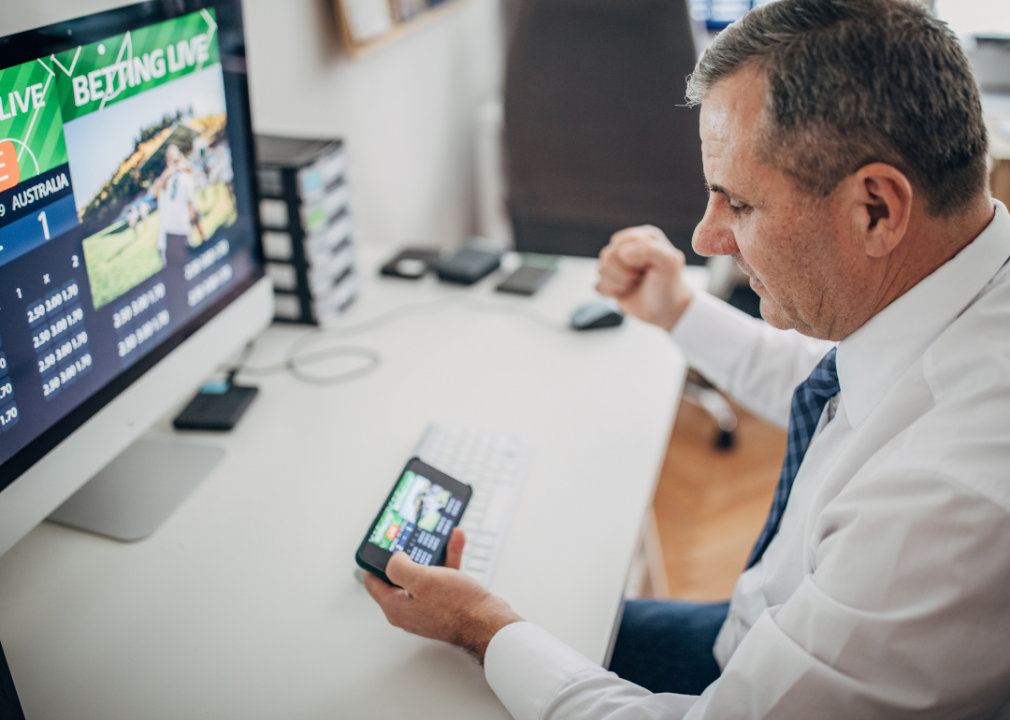 Alaskans are only allowed to bet legally on fantasy sports, and on bingo and dogsledding if run by a charitable organization. Efforts to win approval from lawmakers for sports betting have been made every few years with no success. But sports betting does have the support of Gov. Mike Dunleavy, who proposed two bills in 2020 to allow for legal gambling and sports betting. The bills expired, however, when the state legislature curtailed its session due to the coronavirus. Supporters say Alaskans spend an estimated $348 million a year on out-of-state sports betting and say that revenue would be welcome in the state. 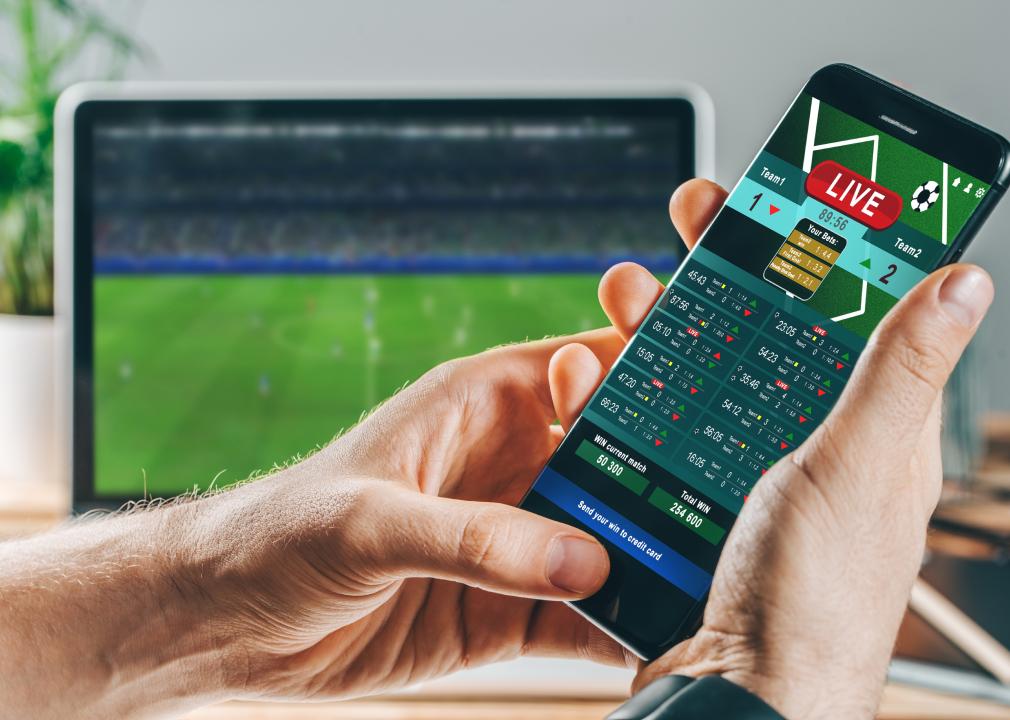 This year, lawmakers in New York agreed to allow online sports betting; Gov. Andrew Cuomo provided his signature on the budget and revenue measures to launch the approval process. The state set a minimum tax rate of 13% for providers to pay, but that rate is expected to be driven higher in negotiations during a competitive bidding process.

Two chosen platform providers will pay a fee of $25 million to the state to operate sports betting, and they will pay casinos $5 million a year to host their mobile betting servers. Lawmakers have eyed the 2022 Super Bowl as a target date for launching online betting. 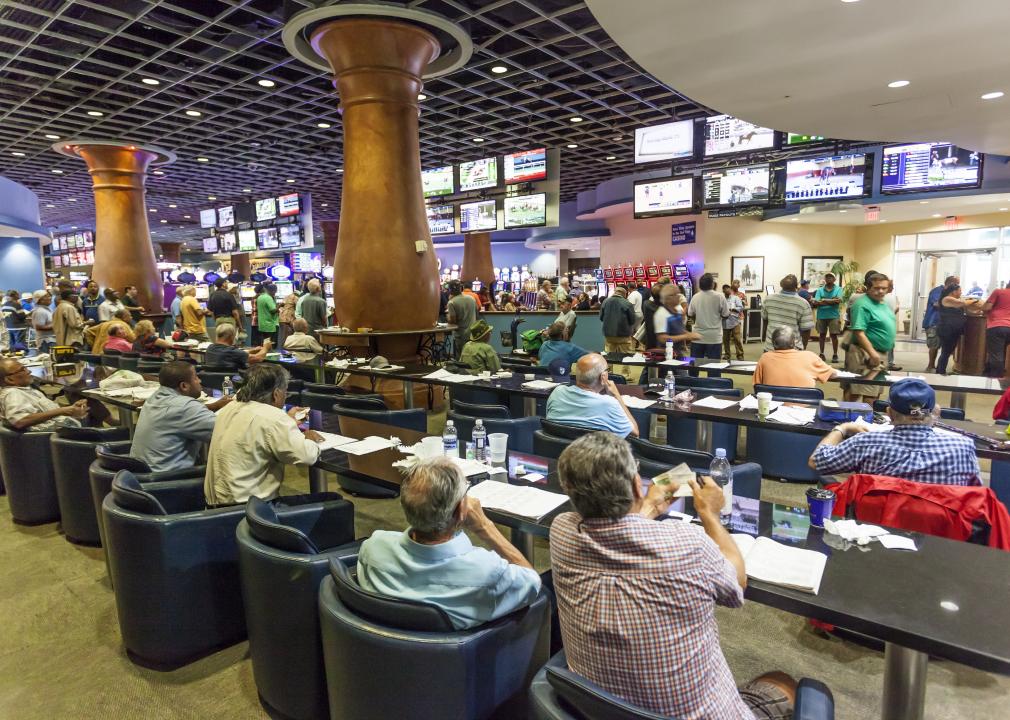 Sports betting could become legal this year in Florida. A new compact signed in May by the state and the Seminole Tribe of Florida, which wields considerable political clout, to allow mobile wagering may have laid the groundwork for more expanded betting in the Sunshine State. Questions that may slow the process have arisen about aspects of mobile sports betting under tribal gaming law. Other opposition has come from critics who say the legalization of sports betting should require voter approval. 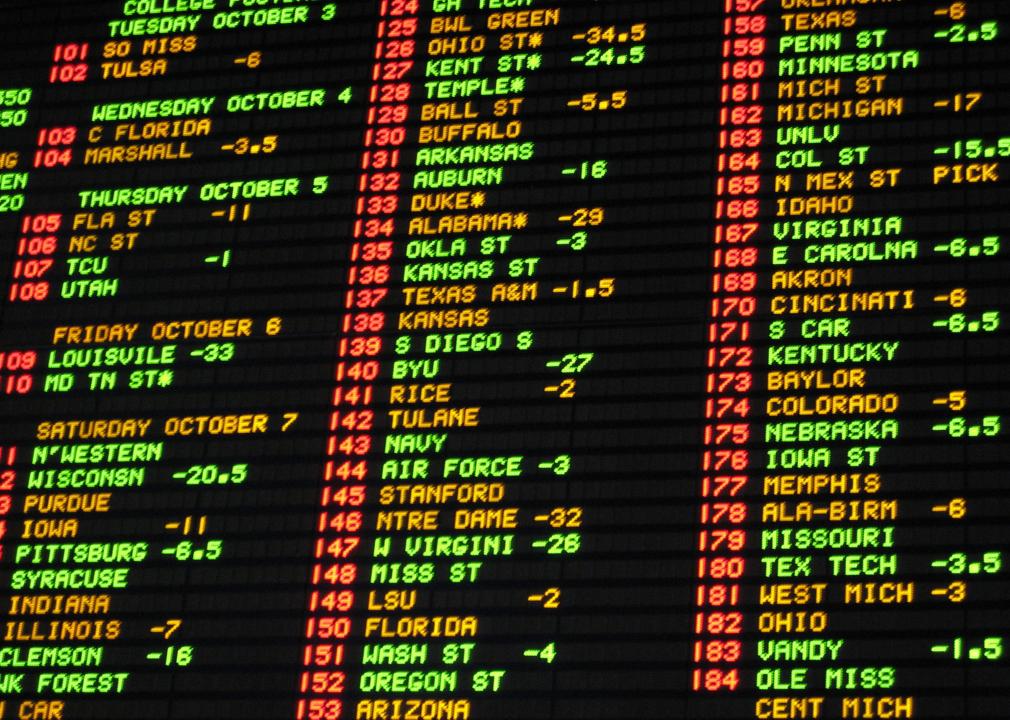 In Nebraska, limited sports betting became legal in May 2021 when Gov. Pete Ricketts signed the state’s first commercial casino gaming bill into law. It allows for retail sportsbooks at pari-mutuel race tracks that can offer casino gaming, but it prohibits wagers on college games played in the state. Observers say ongoing limitations on betting in Nebraska benefit neighboring Iowa, where commercial casino gambling has been legal for decades and online sportsbooks are permitted as well. Montana legalized sports betting in May 2019. The state already had legal charitable gaming, a lottery, video and live poker, and off-track horse betting. Sports bettors must be present at authorized retailers to place in-person and online bets, and the state allows the betting at any of its roughly 1,400 locations that have a liquor license. Bets are capped at $250 at kiosks and $1,000 online. While any place with a liquor license can offer gambling, casino-style table games are not allowed at any of Montana’s 10 tribal casinos. 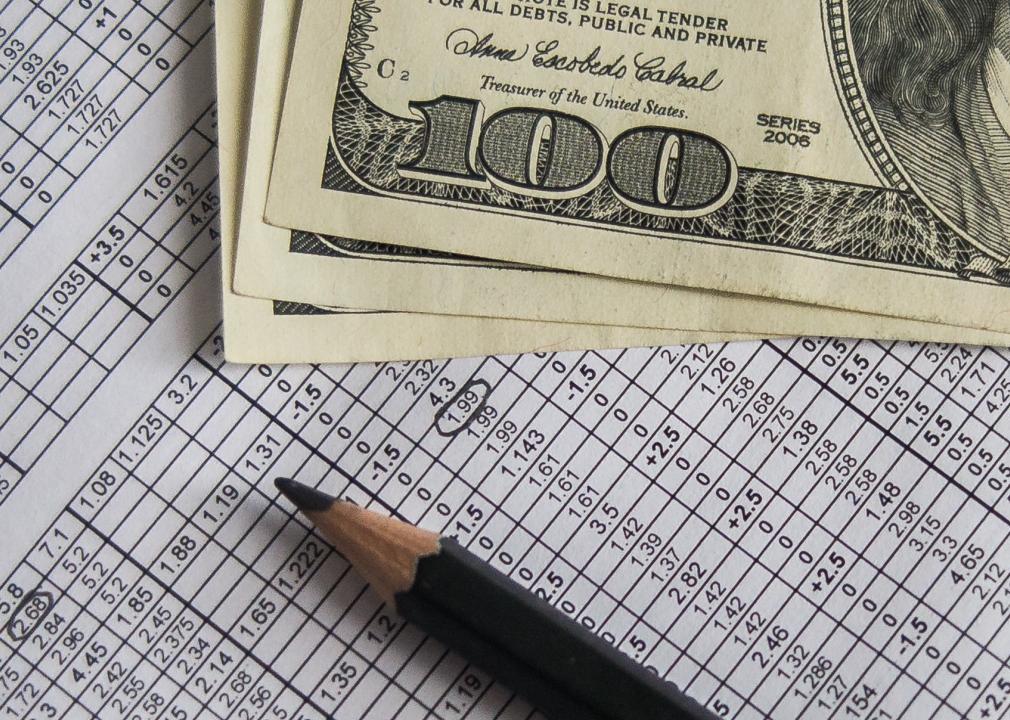 Louisiana voters approved sports betting in the November 2020 election, and Gov. John Bel Edwards signed the law in June 2021. The measures allow for retail and mobile sports betting, which is likely to launch by fall. Betting will be legal in the 55, out of the state’s overall 64, parishes that voted in favor. Betting licenses will be provided for the state’s 20 casinos and racinos, which are race tracks that have slot machines onsite.

Supporters said the state could generate up to $20 million a year in revenues from sports betting. 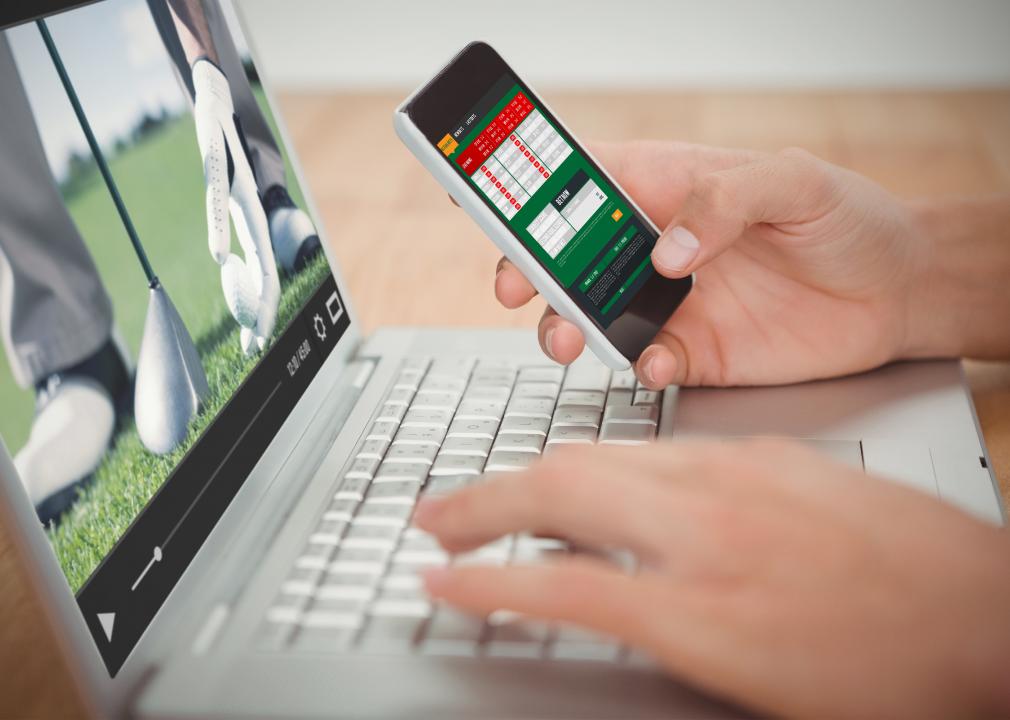 Texas lawmakers ended their 2021 legislative session without approving legalized sports betting, and they do not meet again until 2023. A failed measure before lawmakers would have allowed four casinos to open in Austin, Dallas-Fort Worth, Houston, and San Antonio. Earlier in 2021, the state’s biggest sports teams, including the Dallas Cowboys, Dallas Mavericks, and Texas Rangers, formed a coalition to support sports betting.

A legislative effort in 2019 to allow online and mobile wagering on professional and college sports would have required support from two-thirds of lawmakers and also a referendum to amend the state constitution. 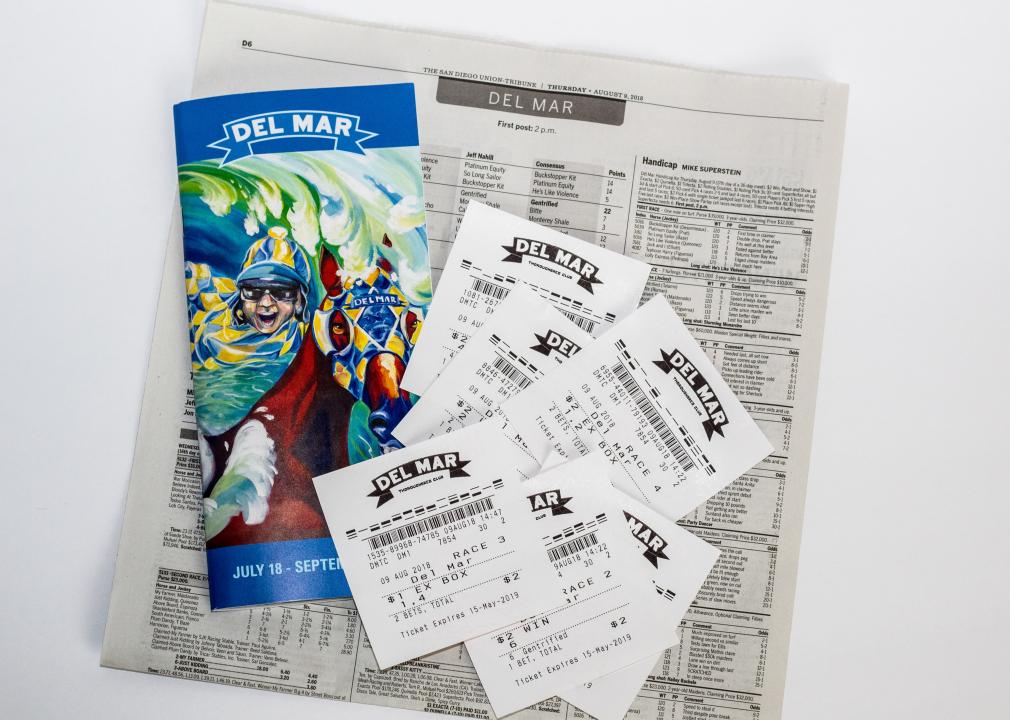 California voters will decide on a constitutional amendment legalizing sports betting at tribal casinos and horse race tracks at the November 2022 ballot box. Supporters say legalization could bring the state about $1 billion in gross annual revenues, another $3 billion if betting were expanded to include online wagering, and as much as $500 million in annual tax from winnings paid by individuals. California has more professional sports teams than any other state—five professional baseball teams, four pro basketball teams, three NFL franchises and three NHL teams—as well as top college teams at UCLA, USC, and other well-known schools. 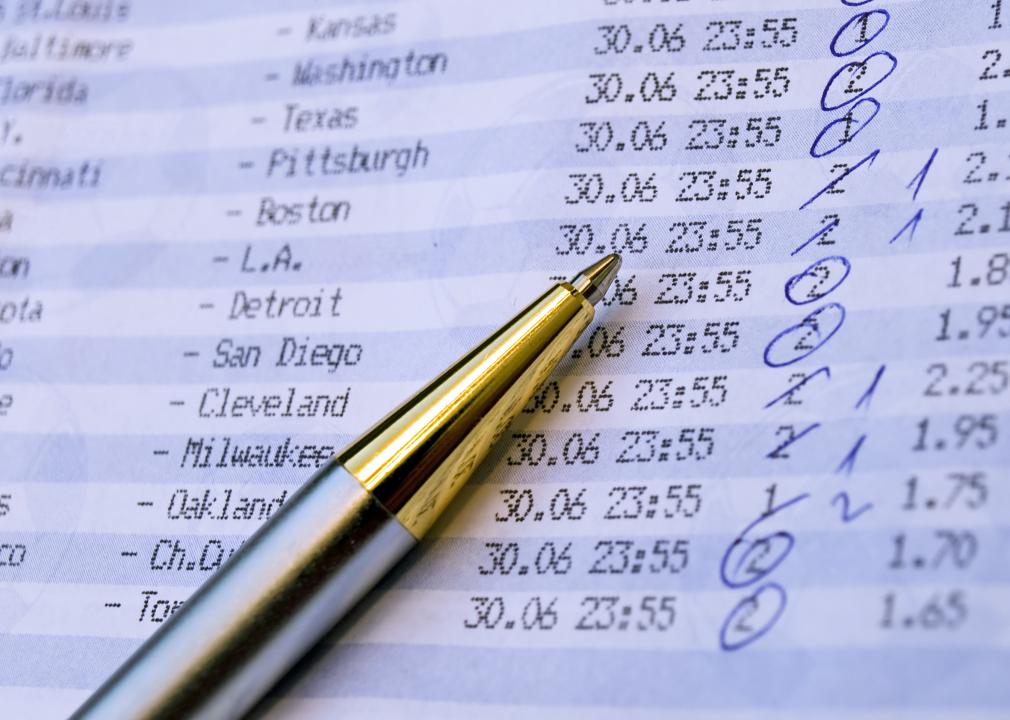 Minnesota lawmakers have not approved sports betting in the state, and supporters say the state is missing out on an estimated $2.5 billion that Minnesotans bet each year using local bookies, offshore websites, and betting sites in other states. Sports betting could mean more than $40 million a year in tax revenue, backers say. Opposition to expanded betting comes in large part from tribal gaming enterprises. Five legislative measures to legalize sports betting were proposed in 2021 without success. 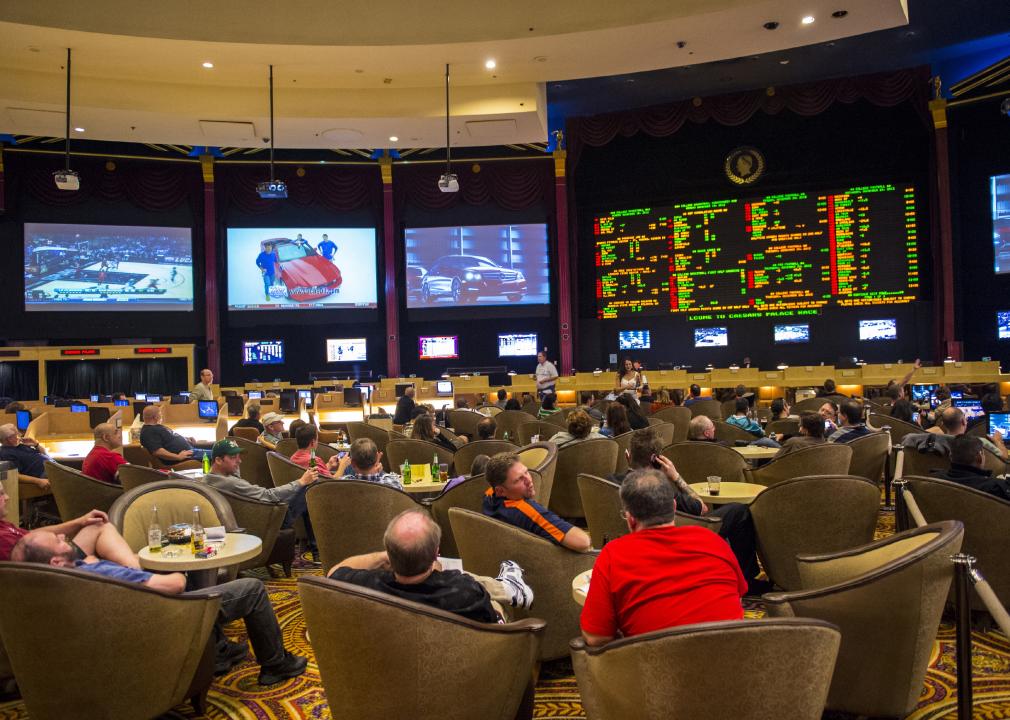 Sports betting has been legal in Nevada since 1949. The state was the first to regulate betting in an effort to wrest its control from organized crime syndicates. The state allows brick-and-mortar sportsbooks, online sports betting, and mobile sports betting apps, and it does not prohibit offshore sportsbooks. All types of bets on professional and college sports are allowed.

The coronavirus took its toll on betting in states across the country. Nevada was no exception, with sportsbooks only taking in $56.3 million during April and May of 2020, but that figure increased to $901.9 million for the same period in 2020.

The Boston Red Sox visit the New York Yankees at Yankee Stadium, taking the field at 7:05pm ET on Friday September 23rd. The Boston Red Sox are 1.5-run underdogs in the game, and the Over/Under is set at 7.5 runs…

The Boston Red Sox visit the New York Yankees at Yankee Stadium, taking the field at 7:05pm ET on Friday September 23rd. The Boston Red Sox are 1.5-run underdogs in the game, and the Over/Under is set at 7.5 runs…

The Detroit Tigers visit the Chicago White Sox at Guaranteed Rate Field, taking the field at 8:10pm ET on Friday September 23rd. The Detroit Tigers are 1.5-run underdogs in the game, and the Over/Under is set at 7.5 runs…