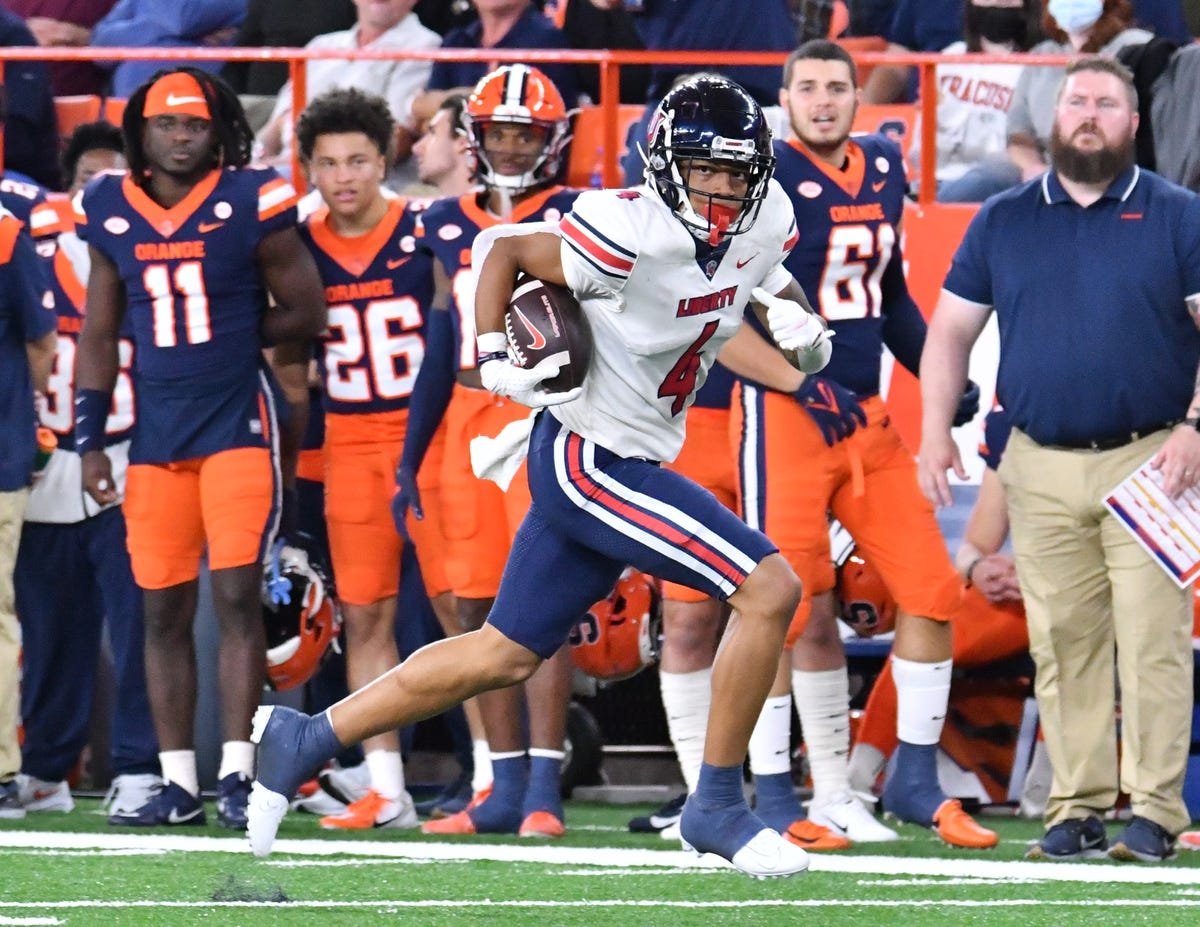 The Liberty Flames are solid favorites (-9.5) in this season’s LendingTree Bowl, where they will face the Eastern Michigan Eagles. The game starts at 5:45 PM ET from Hancock Whitney Stadium in Mobile, Alabama. The over/under is 58.5 in the contest.